August 19, 2014 / Comments Off on Silicon Valley Moves the Needle on Curing Aging 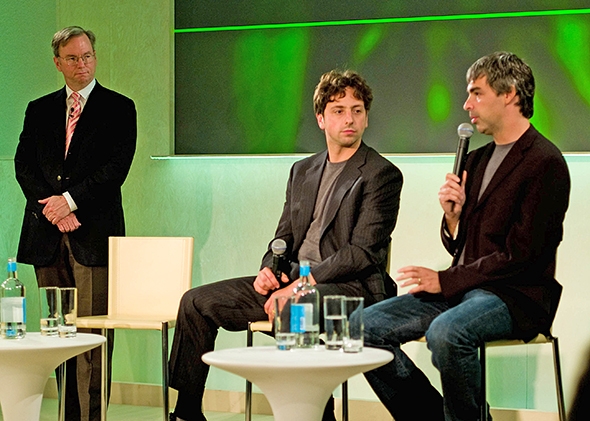 Longevity entrepreneurs are turning their attention towards longevity research and powering cultural change. Google has hopped into the field of longevity research with its company Calico.

Silicon Valley, known for entrepreneurs, gadget lovers, and paradigm breakers, has recently turned its attention towards longevity, powering an important cultural change on the topic. The interests of these movers and shakers run the gamut, from using technology to improve our clunky healthcare system to literally solving the problem of aging.

“Today’s medicine is more practice than science, albeit intelligent practice,” writes Vinod Khosla, founder of Khosla Ventures and former CEO of Sun Microsystems. “Too much is left to qualitative judgments based on tradition, experience, and dated, often un-tested beliefs.”

He’s right—important medical data is often not available or too scattered to have any scientific use for the patient. That is what drives an intense interest in digital health technologies that can track important variables like blood pressure, heart rate, and biomarkers in blood and urine. In the future, being able to collect, process, and compare personalized data to relevant medical literature using artificial intelligence, like IBM’s Watson, will have a big impact on how patients are diagnosed and treated.

The goal is to use technology to enter into an era of personalized, predictive, and preventative medicine in order to extend health. But the thinking doesn’t end there. Technologists work with code and many of them see human DNA as a new programming language.

Just like computer code is based on ones and zeros, so too does every living thing have a code: the ACTG of DNA. That is what is driving companies like Autodesk to create software to ‘design life’ and why MIT engineer Thomas Knight came up with the concept of ‘biobricks’ — DNA sequences which have been standardized, somewhat like Legos, so that engineers can create new types of biological systems. Ultimately, some researchers believe that aging itself can be conquered as tech tools to read, write, and edit our DNA get exponentially better over time.

Craig Venter, who sequenced the first human genome, recently raised $70 million in funding for a start-up called Human Longevity Inc. (HLI) that he co-founded with Singularity University Chairman Peter Diamandis and stem cell pioneer Dr. Robert Hariri. They plan to sequence 40,000 human genomes in order to build the world’s largest database of human genetic variation. “Aging is the single biggest risk factor for virtually every significant human disease,” says the HLI website. “Our goal is to extend and enhance the healthy, high-performance lifespan and change the face of aging.”  They are not alone in their quest.

Last September, Google CEO Larry Page announced the creation of a new company called Calico (short for California Life Company) that aims to take on the problem of aging. “Illness and aging affect all our families,” said Page. “With some longer term, moonshot thinking around healthcare and biotechnology, I believe we can improve millions of lives.”

‘Moonshot’ is another way of saying ‘difficult, but not out of the question.’ This is a dramatic change in thinking from only a few years ago. For a long time scientists thought that aging was written in stone, but now through numerous experiments in animal models it is clear that aging is malleable.

“Our discoveries have led to the realization that the aging process, like everything else in biology, is under exquisite regulation—in this case, by a complex, multifaceted hormonal and transcriptional system that affects aging in many species, including mammals,” says Dr. Cynthia Kenyon, a distinguished UCSF professor who joined Calico this spring.

While Calico’s current activities are still shrouded in mystery, the fact that Google has jumped into the race to cure aging has helped to push mindshare towards this important area. As for who will get there first, it is anyone’s guess.

When Dr. Venter was asked whether or not he felt Calico was in direct competition with his interests, he responded with this: “I turn 68 later this year and if they solve aging before we do, I will kiss their rings and buy their products.” So will everyone else, as this is one area that will surely appeal to more than just early adopters in Silicon Valley.

Sonia Arrison is the author of 100+: How the Coming Age of Longevity Will Change Everything, From Careers and Relationships to Family and Faith.